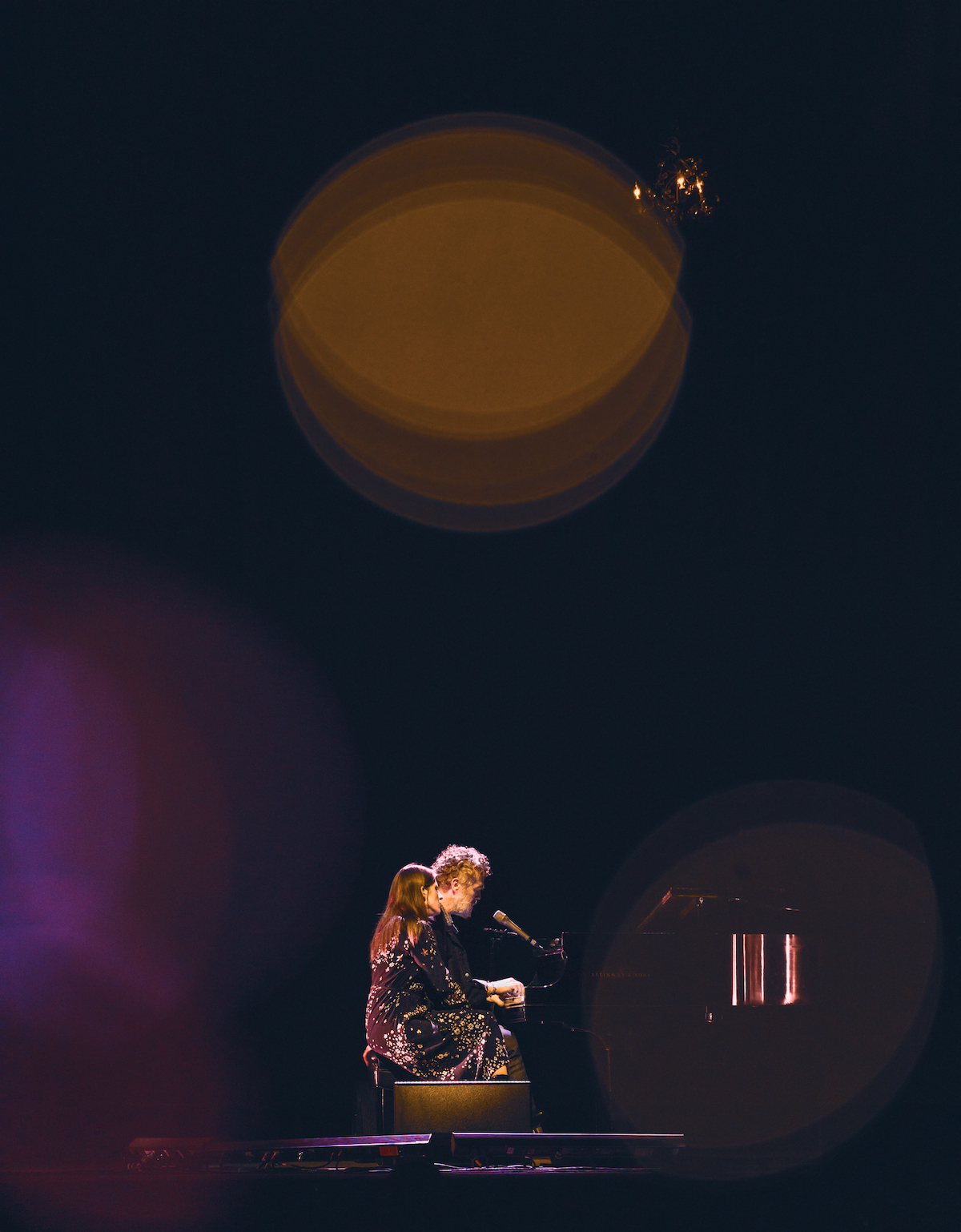 Glen + Markéta will – once again – be reuniting for an extended run of dates in celebration of the 15th (and counting) anniversary of Once. The duo reconvened for the first time in a decade last March for a limited number of sold-out shows. The response was overwhelmingly positive and they’re excited to return!
Pre-sale tickets will be available Wed Jan 18th starting at 10am local time with passcode SWELL for dates listed below that include venue names. Sales for TBA venues coming soon (check date links for sign up). General On Sale begins Friday Jan 20th at 10am local time.

This song is a single flower placed at the foot of all this devastation, a candle lit among the millions placed helplessly at the doors of embassies or left burning in windows; it’s a prayer sent up into the great cloud of goodwill that circles the globe. It’s a thing that didn’t exist and now it does, an offering, thanks to Patti, Alex, Anna, Olena and Markéta who heard it as I was working on it and joined in to make it stronger. This is for them, and to all those who lost or are missing loved ones on every side of this brutal war.

If you wish to send support to Ukrainian refugees, more information can be found at www.ukrainianaction.ie

This song is a single flower placed at the foot of all this devastation, a candle lit among the millions placed helplessly at the doors of embassies or left burning in windows; it’s a prayer sent up into the great cloud of goodwill that circles the globe. It’s a thing that didn’t exist and now it does, an offering, thanks to Patti, Alex, Anna, Olena and Markéta who heard it as I was working on it and joined in to make it stronger. This is for them, and to all those who lost or are missing loved ones on every side of this brutal war.

If you wish to send support to Ukrainian refugees, more information can be found at www.ukrainianaction.ie

Out Now ANTI- Records
Listen Now below on Spotify or here. 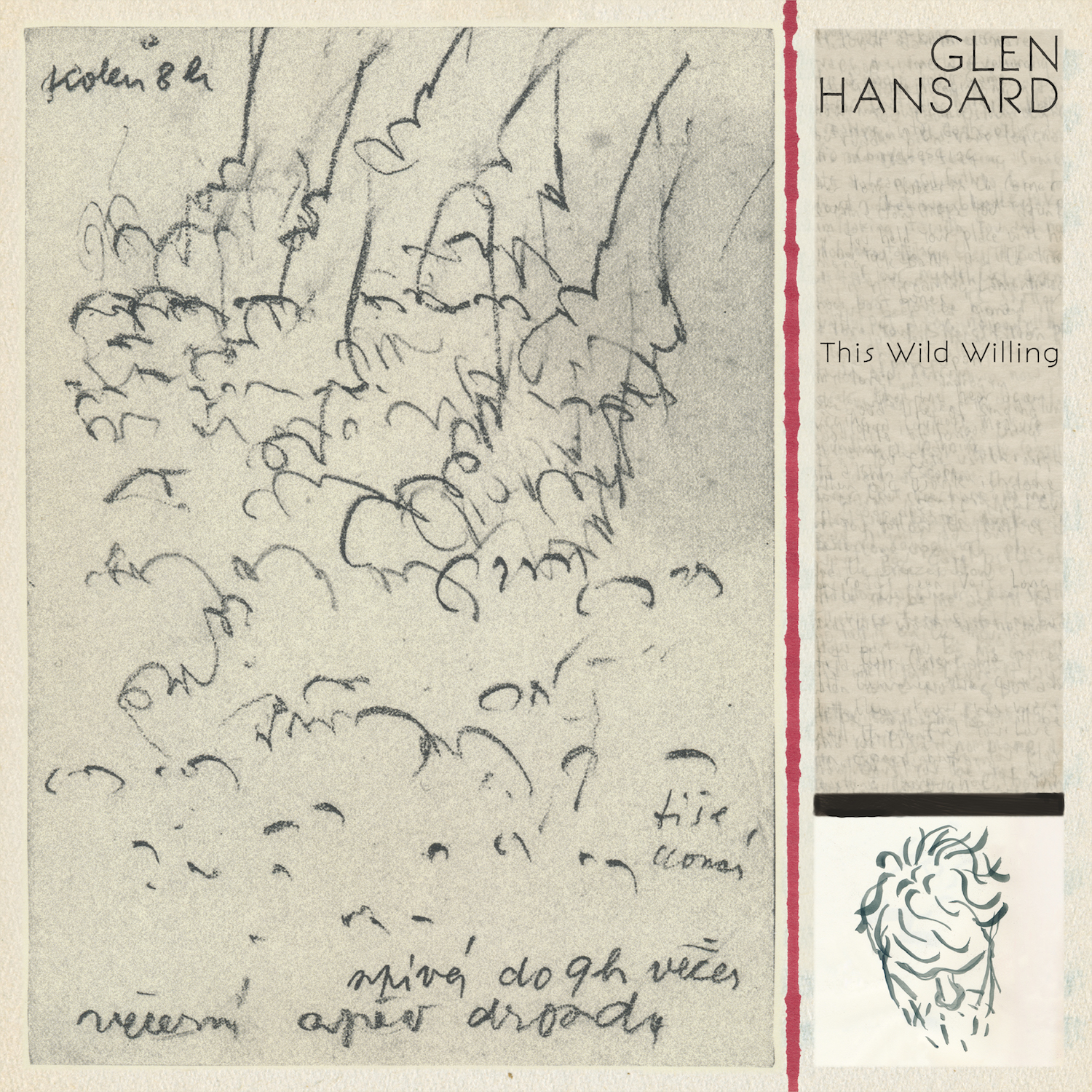 Out Now on ANTI- Records
Listen Now below on Spotify or here. 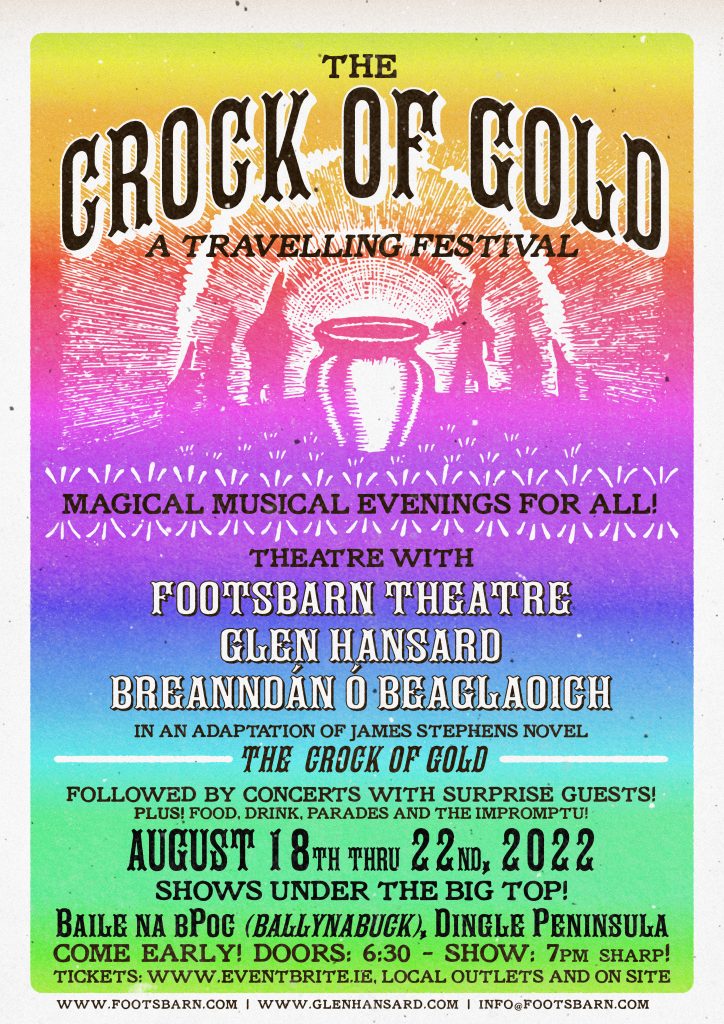 We are delighted to announce that the Footsbarn Travelling Theatre tent will be back in Ballynabuc on the Dingle Peninsula from August 18th to the 22nd. They finally get to bring their new production of James Stephens’ unique novel, “The Crock of Gold” to Ireland.

The essence of the idea was to create a piece of theatre with multi-national artists, which reaches way out beyond the boundaries of language, class and culture. Glen Hansard and Brendan Begley, who share the same respect for the novel as Footsbarn, came on board to write and play the original music that accompanies the performance live each night.

As the tent is in situ for the theatre piece, Footsbarn have invited some other musical friends to play a set after each performance of “The Crock Of Gold”. Each evening’s line-ups & links to more details/tickets at eventbrite can be found here.

Please read for an important update about Glen’s tour schedule – refunds will be available at point of purchase. 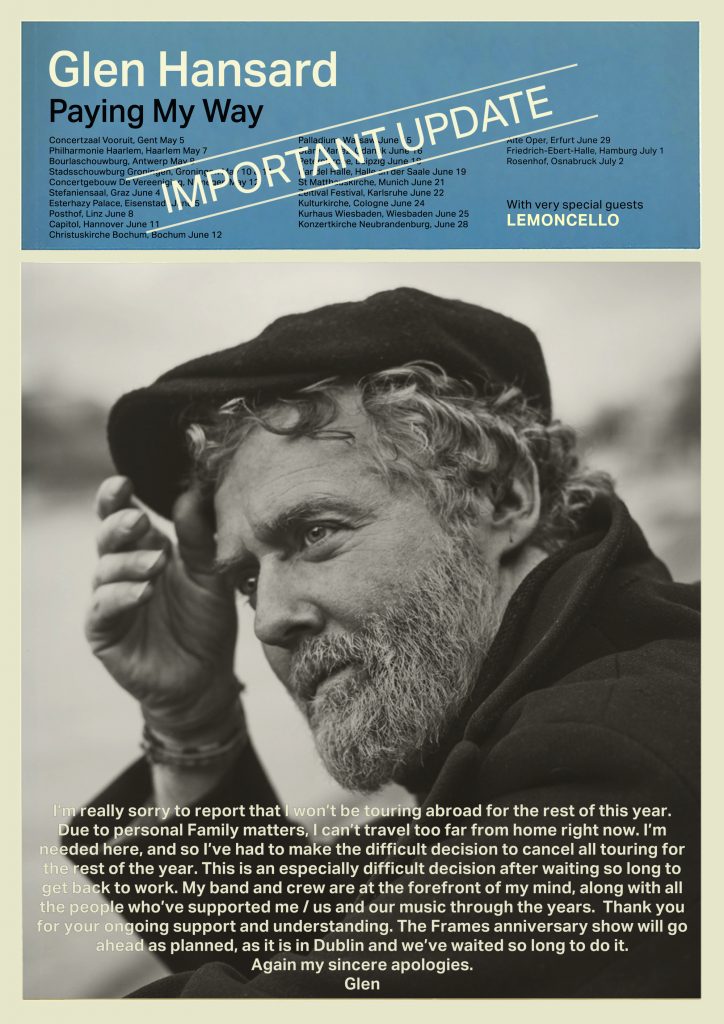 I’m really sorry to report that I won’t be touring abroad for the rest of this year. Due to personal Family matters, I can’t travel too far from home right now. I’m needed here, and so I’ve had to make the difficult decision to cancel all touring for the rest of the year. This is an especially difficult decision after waiting so long to get back to work, my band and crew are at the forefront of my mind, along with all the people who’ve supported me/us and our music through the years.

Thank you for your ongoing support and understanding. The Frames anniversary show will go ahead as planned, as it is in Dublin and we’ve waited so long to do it. 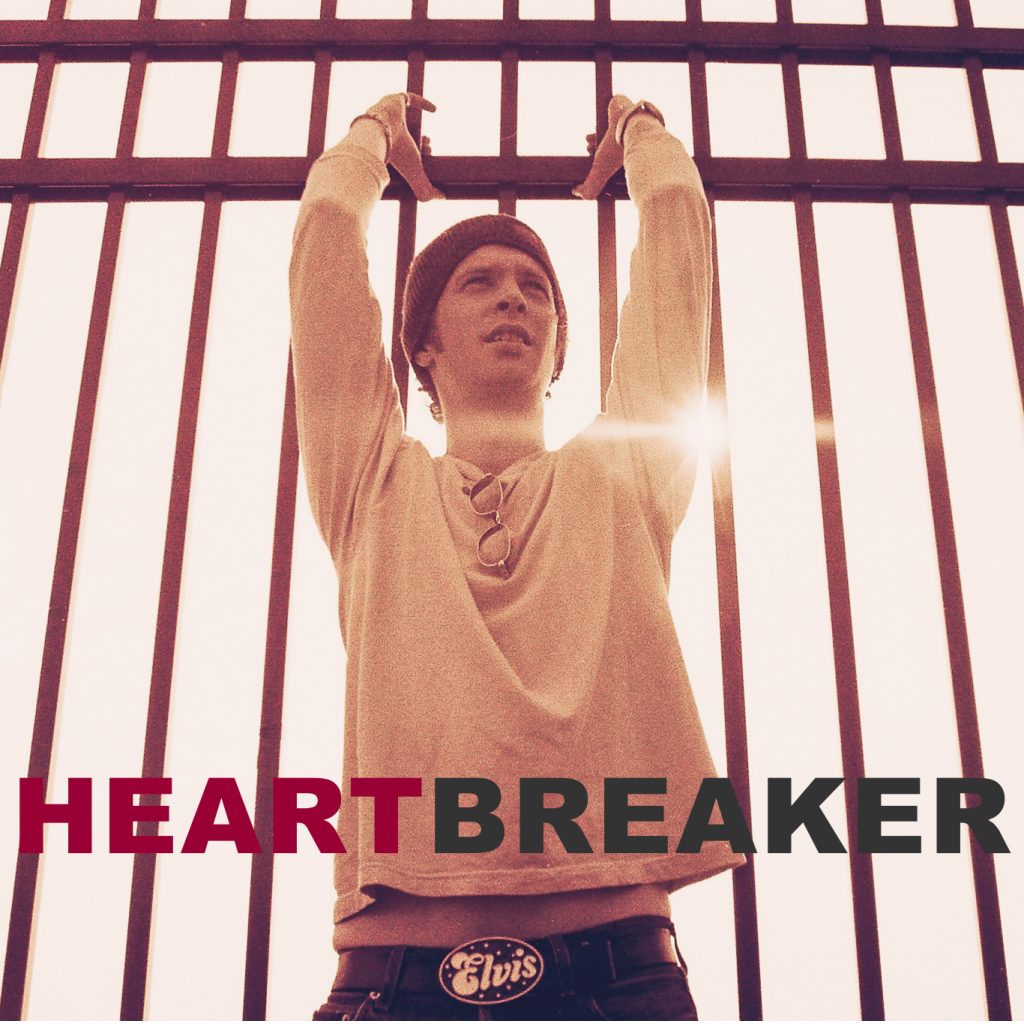 20 years since the untimely passing of Mic Christopher, in honour of his memory some of his closest friends revisit Heartbreaker – a Mary Janes song that never saw the light of day. You can stream/buy the tune here on Bandcamp and watch the video (made by Donal Scannel) on YouTube.

Mic Christopher had only just turned 32 when he slipped beyond the veil, into that timeless mysterious place beyond this earthly plane. His passing was sudden, leaving his family and friends broken and dumfounded: how could such a life force, such a bright, vibrant soul suddenly be no more? It made no sense, and here, 20 years on, we still feel that same baffling shock and sorrow.

What happens when in mid conversation fate steps in and steals your best friend away? Well, the conversation continues, somehow, although it’s changed completely; Mic is still a very real and present force to all assembled friends here, and we all hold the line open, even when the static fades.

How do we honour and remember him? We sing his songs… when words fail and fall short, we sing his words, in his melody, in his style, in his inimitable voice, we remember him by mirroring and mimicking the honourable rock star: hips out, head up, big voice, that high soaring tone, that swagger, courage, plume and strut, part Elvis, Jim, Fela, Marley, and Drake, to name a few from whom his cloth was cut. All we have now are his songs, the ones he recorded and others unfinished, incomplete beauties that we go back to, when a song is still in that first draught unfinished state, it holds a magic, an expectant potential, asking to be finished, all roads still open, to be pulled back out and re-examined. But when it’s author is no longer here to finish it, some might say leave it. And they might be right, but when the song was so near completion and so good that it already sang true and bright, the job might fall to his closest friends to pull it off the old cassette and back into the light.

We’ve gathered here his friends: Mary Janes, Frames, Kíla, Gemma, Lisa, Paddy, Mundy and many more; singers who knew and loved him, others who admired him from afar, to mark this, the 20th year of his departure, by simply doing the only good thing we know how to. We gather to honour our friend with our singing and playing.
Mic had the cool – whatever that is, he had it. And when I think of him now, it’s that broad-shouldered, long-fingered, sloping, stalling, desert boot-wearing, smiling silhouette I see walking just out of reach. Go Mic… we still believe in you.

“May your heart always be joyful, may your song always be sung, And may you stay forever young’” Glen Hansard 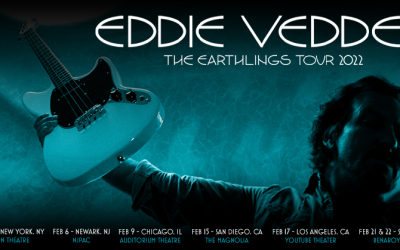 Some news! Glen will join Eddie Vedder on tour in February as support as well as being a member of his band The Earthlings! See details below:

Eddie Vedder and bandmates the Earthlings will hit the road in a series of U.S. concert dates in February 2022. The shows kick off on February 3 in New York and wrap up on February 22 in Vedder’s hometown of Seattle. Special guest Glen Hansard will open the shows.

A presale for Ten Club members active as of November 30 will be held through Ticketmaster’s Eddie Vedder Request page. The Ten Club presale registration is open now through Sunday December 5 at 5pm PT. To learn more, please go HERE.

All public tickets will be available through Ticketmaster Verified Fan Registration. Verified Fan ticket registration is open now through Sunday December 5 at 5pm PT. To register, please visit: HERE​. There will be no general public sale. 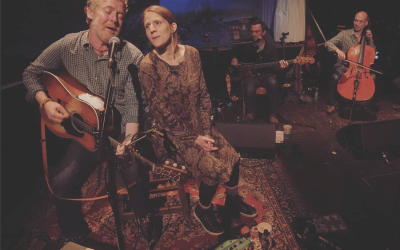 Markéta & Glen will be performing their first shows together in over a decade next March to coincide with the 15th anniversary of the film ONCE. These select dates will highlight songs from The Swell Season and Once as well as their individual careers.

General public on sale for tickets will be Friday November 12 at 10am local time (NYC 12pm).
Password pre-sale will start Wed Nov 10 at 10am & go until Thurs Nov 11 10pm. password: FALLINGSLOWLY
Please visit the Tour page for links. 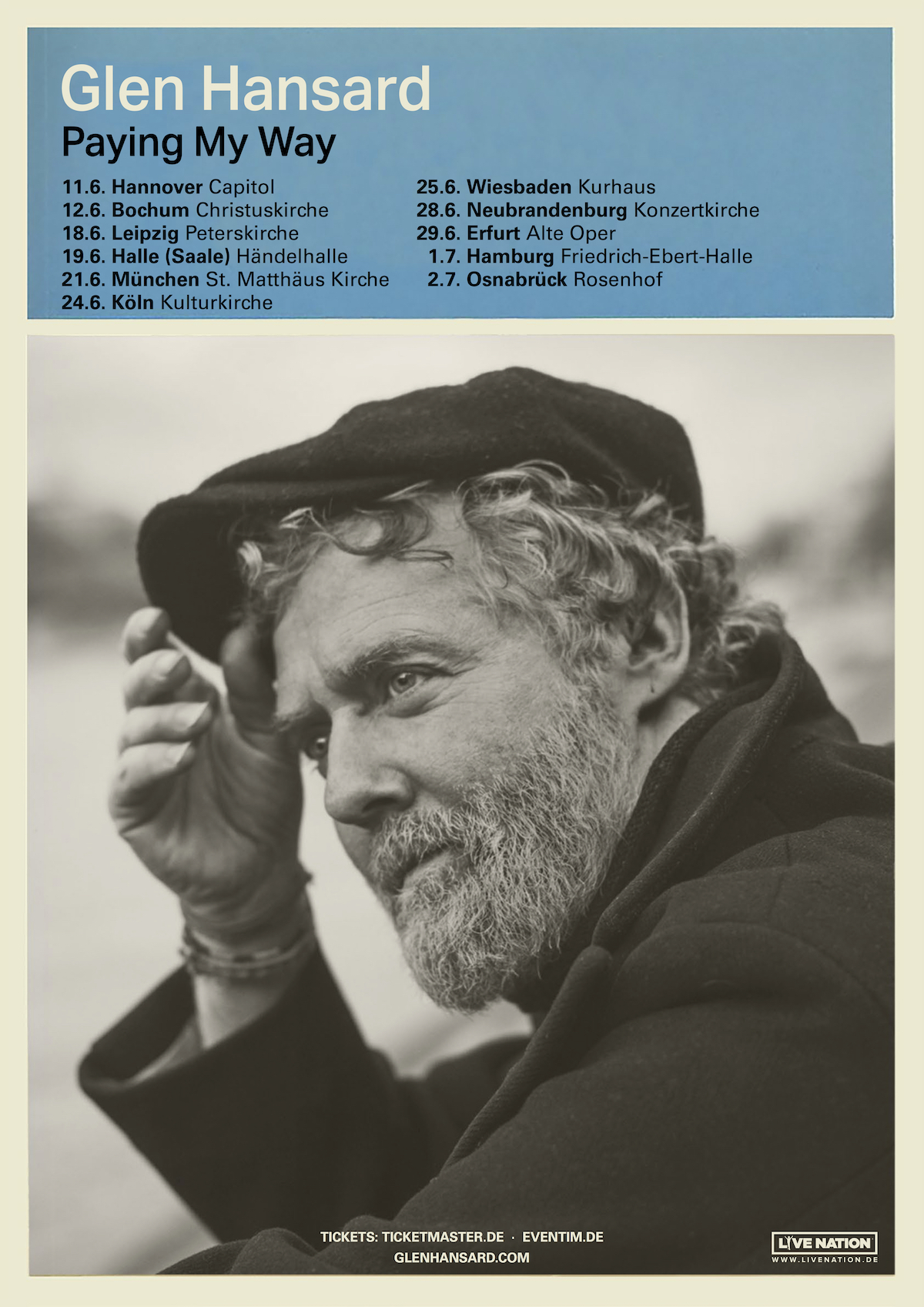 Happy to add a Germany tour to the previously announced European gigs for next year! Presale tickets are available now & regular on sale begins 27 October at 10:00am. Ticket links on the Tour page.