Burn The Maps is The Frames’ fifth studio album, released on Plateau Records in Ireland on Sept 17, 2004 and going to #1 on the Irish Charts. The songs “Fake”, “Finally” & “Sideways Down” became their highest charting hits, reaching 4, 6, and 10 respectively. The album was released worldwide on ANTI in February 2005. 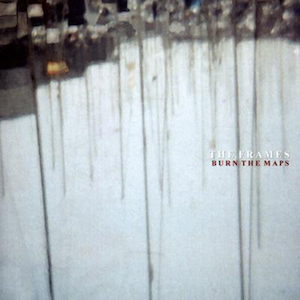